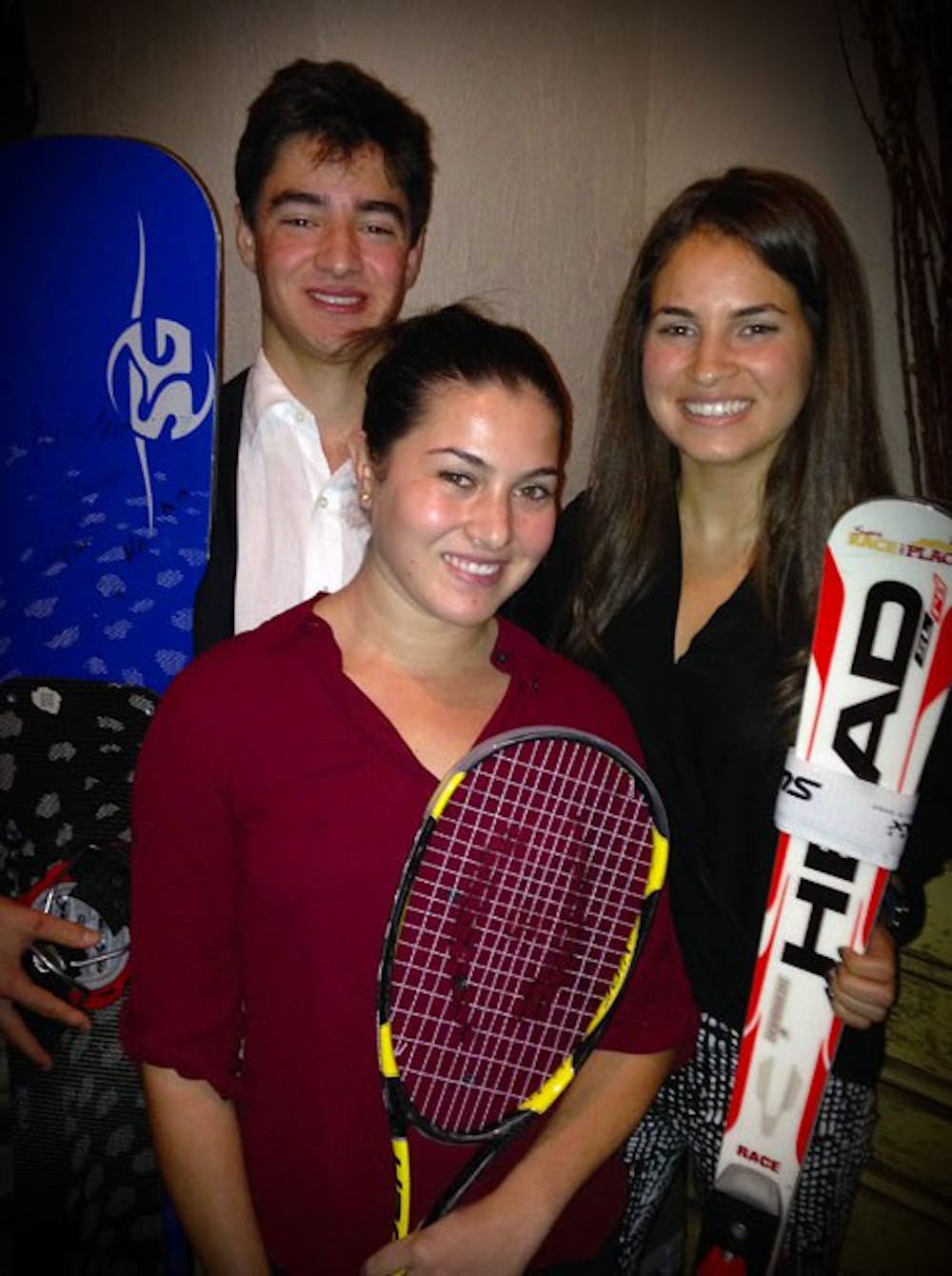 The Udolf Family's Story of Giving Back

In 2008, Samantha Udolf walked into the Ronald McDonald House of Springfield to volunteer her time by engaging RMH children in various activities like arts and crafts. Sam, followed by sister Claudia and brother Dylan, volunteered on a weekly basis for several years– planning, organizing and conducting activities for the children as well as donut stands to raise awareness for the House.

They built a meaningful and lasting relationships with the families at the House. They also created a website that is dedicated exclusively to raising money to buy supplies and food for the House. The site is samsraceforaplace.com and by January 2014 they had raised over $60,000. Sam, Claudia and Dylan established themselves as spokespersons, hands-on volunteers, fundraisers and friends. They also love skiing, so naturally they decided to find a way to merge their interests to benefit others and started promoting RMH while competitive skiing! Their contributions to the House will be remembered for years to come. They are shining examples of the difference young people can make when they set their minds to a goal and pursue it with all their heart.

When I was younger, my family had an apartment in New York City. I always remembered the Ronald McDonald House that was right up the street from where we lived. Mom and Dad always told me how important that House was to so many families. Today, I volunteer at the Ronald McDonald House in Springfield, MA. They do great things for so many people. I wanted to do even more to help — so I decided to use my love of skiing and competitive ski racing to promote and raise money for the House.

My involvement has meant building meaningful and lasting relationships with the kids at the House. Since 2008, when our initiative began, I have visited the House every weekend to check in with the patients, talk to them and their families, and engage them in various arts and crafts projects. Especially important to me are these special connections because they are based on a shared experience of physical impairment and emotional devastation. In seventh grade I was diagnosed with Bell’s palsy, a facial paralysis that lasted nine months. Despite the doctors telling me I would eventually enjoy a full recovery, my middle school mindset felt overwhelmed with doubt, fear, and insecurities as each classmate passed by with a mocking half-smile. During that time it was the support of family and friends, as well as many of the children at the House, that helped me feel connected and secure at a time when I felt scared and alone.

Sometimes it’s better to give than to receive, and this is a lesson I’ve learned from serving as a volunteer, spokesman, and fundraiser for the Ronald McDonald House. Since 2007, I have competed in Alpine Snowboard racing, and in 2013, I officially turned Pro. Through both domestic and international competitions, I have raised awareness for the Ronald McDonald House by distributing brochures in the lodge and on the mountain. I also arranged for my gym to offer free protein smoothies for any athlete who donates to the House, and I set up stands and sell donuts with my friends to raise awareness and money for this very important and helpful cause. I am grateful for the gifts I have received in life, but I am just as grateful for the opportunity the Ronald McDonald House has given me to donate my time and energy through Sam’s Race for a Place!